Spirits are high at Leeds United 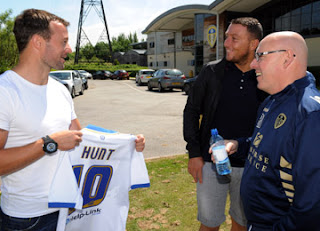 As always I feel really positive before the new season begins, but it seems that this year I am not alone in feeling that, the group of players Brian McDermott have chosen to lead his charge on the league seem to be getting on really well together, both on the social network Twitter and, more importantly, on the pitch and in training.

New signing Noel Hunt made sure we all knew they were working hard and that it was not just about Twitter banter on his account (https://twitter.com/boyhunt) and I think everyone supporting Leeds knows that these guys are ready to fight very hard to bring us every success in the coming season.

New manager Brian McDermott also continues to make himself somewhat of cult hero with the fans, most recently after handing over 50 Euros to the supporters after they sang; "It's your round Brian" - I think that's class and really proves that he wants us all to be in this together. I also liked his quote of; "We're Leeds United, we have to win games", that could prove a popular song with the supporters during the season.

So I think that all Leeds fans can look forward to an exciting season with a bunch of players who will fight 100 % for the shirt and a manager who genuinely cares about the club and us as supporters. 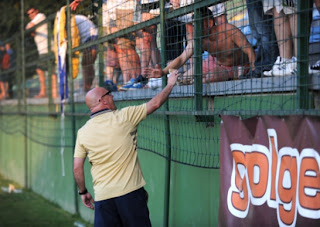